Jeremy Farber is an alum from the class of 1995. During his time on campus, he served in many roles within the Corps of Cadets, including Battalion Commander his senior year.  He took the lessons he learned to The Citadel, where graduated in 1999. His experience at the academy paved a path so he can be successful, both personally and professionally.  After graduating college, Jeremy became a successful entrepreneur, and currently serves as the CEO of Securis in Washington D.C. Jeremy enjoys serving his community by coaching high school basketball and spending time with his wife and three children. 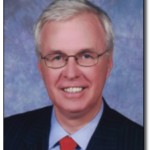 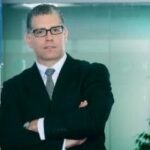 Mario A. Camara is a graduate of the class of 1993, where he was the Battalion Commander. He currently resides in Dubai, United Arab Emirates. He earned a J.D. from the Iberoamerican University of Sta. Fe, México, a L.L.M. from the Panamerican University, Mexico City and an M.B.A. from London University. Mario currently works as the global head of legal and compliance at an electronic trading brokerage corporate group. 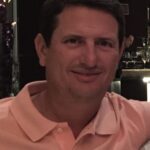 Born in San Juan, Puerto Rico. Attended the academy for five consecutive years and graduated with the Class of 1982 as Salutatorian and Battalion Commander. He attended Inter American University in San Juan with a concentration in Marketing. Jose has been a Herff Jones sales rep since 1991 and has been with BSN Sports since 2014. Jose has owned Graduation Supplies Inc. since 2000. 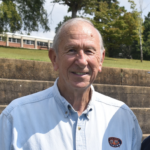 COL Hovey, a native of Lee County, AL, earned B.S. and M.Ed. degrees from Auburn University. He joined the Academy’s faculty as a young science instructor in 1966. He was appointed Academic Dean by former President COL Wesley P. Smith in 1972, vice president in 1984, and then president in 1989. A respected educator throughout the state of Alabama, COL Hovey was instrumental in the Academy’s securing its initial accreditation by the Southern Association of Colleges and Schools (SACS) in 197. He has since served on SACS evaluation teams throughout the region. COL Hovey worked tirelessly to improve academic standards at the Academy, putting together a highly qualified faculty and staff and achieving the highest ACT scores in the school’s history under his watch. COL Hovey and his wife Ann, who live in Camp Hill, are the parents of a son and a daughter, as well as grandparents to six grandchildren. COL Hovey’s son, Paul, graduated from LWMA in the Class of ’85. COL Hovey has been very popular with faculty, staff, parents, and cadets, and is pleased to remain on as a member of the Board of Trustees.

Steve grew up in Birmingham, AL and attended Lyman Ward in the late 70’s and early 80’s. He joined the Board in 2019 and is currently serving as Treasurer. He and his wife, Kristi, reside in Hoover with their two daughters, Taylor and Mary Morgan. Steve has worked as a financial advisor for over 25 years. In 2009, he & his wife opened Trowbridge Wealth Management, an investment advisory firm in Hoover. 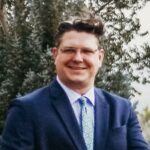 Harold Grant grew up in Waverly, Alabama.  He graduated with the class of 1990. He is an active member of the Alumni Association and has served as Vice-President and President in the past years. He joined the Board of Trustees in 2018. He and his wife, Maggie, have a daughter, Madelyn, and live in Hoover, AL. He is a transportation software professional at McLeod Software where he has been employed since 1999. 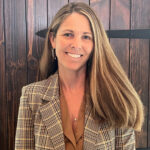 Amy Reese grew up in Gulf Breeze, FL. She graduated from the University of Alabama with a BS in Secondary Education. Amy and her husband, Joseph, have lived in Birmingham since 1998. They have 2 sons, Joseph III and Davis. Joseph III graduated from Southern Prep in 2019.  Amy enjoys being involved with community projects, teaching adults pursuing their GED, and playing tennis.

Be A Part Of Something Great

We’re happy to have your support and continue to work together towards our mission of continuing to improve the quality of our school and the lives of our cadets. We are proud to provide our Alumni with up-to-date news, resources, events, and ways to get involved within our community. ​

Support the next student

Please complete the following form in order to receive our Admissions Packet via email. If you have a specific question or would like to arrange a campus tour, please call the Admissions Office at 256-307-7348 or 256-790-9202.