The History of Dr. Lyman Ward

Southern Preparatory Academy has a long and storied history. The academy was founded in 1898 by Dr. Lyman Ward, a Universalist minister from New York. The school envisioned by Dr. Ward would “prepare young men and women for the work of life, whether in manual training or in literature and art.” Dr. Ward began a fundraising campaign of $5,000 to establish the school from various churches and communities in eastern Alabama. This campaign framed the groundwork for the academy.

Dr. Ward’s view on education was primarily influenced by Booker T. Washington. They both believed in the importance of education in molding the minds of young men and women, particularly those in impoverished situations. It was upon hearing a lecture from Booker T. Washington that Dr. Ward decided to move south. Dr. Ward attended Tuskegee Institute with the sole purpose of learning new methods and techniques that he could bring to the academy– contributions of labor, thus teaching the value of hard work while developing self-reliance in his students.

Booker T. Washington and Dr. Ward developed a unique friendship in the late 1890s. The two leaders traveled together to speak to groups of people about the schools and fundraised for various projects. In many ways, Tuskegee Institute and Southern Preparatory Academy, then Southern Industrial Institute, are considered to be sister institutions. Booker T. Washington was influential in the core values of Southern Prep, particularly its non-denominational focus of religion, and played a critical role in its overall success.

Southern Preparatory Academy has adapted through the decades. However, with the help of influential men and women, including Booker T. Washington, the core values of integrity, honesty, and loyalty for the academy have remained consistent. The academy now seeks to continue building upon the legacy of Dr. Lyman Ward as new cadets from across the world earn the necessary education and leadership skills to be successful throughout life. 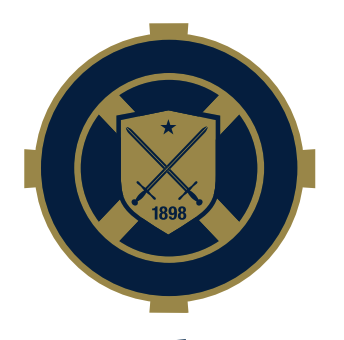 Talk to someone about your son becoming part of the brotherhood at Southern Prep.

Engage in our past:

A charter was granted on February 8, 1901 by the State of Alabama and was incorporated as the “Southern Industrial Institute.” Students paid a small tuition, in addition to raising their own food and performing chores around campus to provide for housing and meals. Dr. Ward funded the academy through donations from philanthropists and businesses from across the United States.

Shortly after the death of Dr. Ward in 1948, the academy changed its name form the Southern Industrial Institute to the Lyman Ward School in 1953 and become and all boys school. Lyman Ward School, however, adopted a military department in June 1955 and became formally recognized as Lyman Ward Military Academy.

Colonel Wesley P. Smith was elected as President of Lyman Ward Military Academy in 1959. Cadets began to arrive on campus from all fifty states as well as Asia, and Central and South America. The school transitioned from a vocational secondary school for local youth into an international, multi-racial, college preparatory school.

While keeping pace with modern educational methods over the years, much of the original philosophy of the school’s founder has been retained. Precedence is given to the development of Christian ideals and self-reliance. The high standards set by the academy have strengthened Lyman Ward Military Academy cadets for acceptance to outstanding colleges and universities throughout the country as well as the national branches of the military.

Lyman Ward Military Academy changed its name but kept all of the great values that have made us a successful and desired place for men across the country since 1898. Today, Southern Preparatory Academy exists to prepare our cadets for the responsibilities of life and offer the best in academic instruction coupled with the discipline of a military program.

Be a part of something great.

We believe that every young man wants to be a part of something great. He wants to become as wise, as strong, as brave, and as respected as he can be.

We also believe that each young man can become his very best self when he discovers that responsibility and hard work can make anything possible.

Capable young men with this potential to achieve are the young men of Southern Preparatory Academy- even when they don’t yet know it.